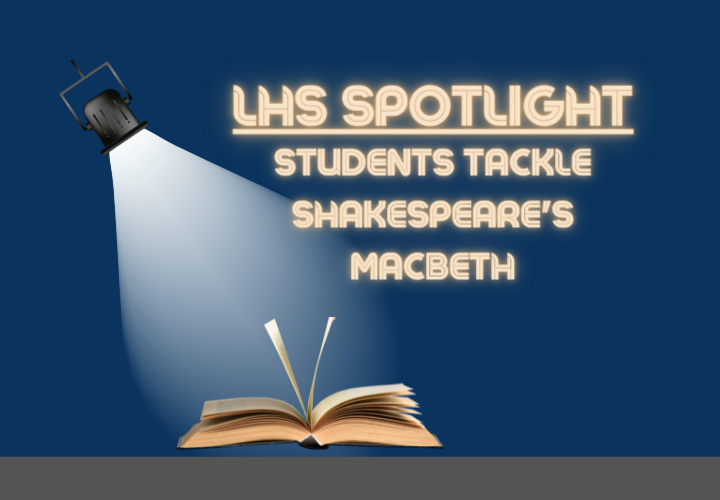 In a recent class of sophomore students, Balza and her class read part of the play as a group, stopping to discuss the plot and the emotions of the characters. They talk about why Shakespeare doesn’t show Duncan’s murder on stage, the consuming guilt felt by Macbeth and the blood on his hands, as well as the actions of Lady Macbeth.

This is the first experience with Shakespeare for most of the students, and Balza said the students mostly think Macbeth is insane. The class has talked a lot about the dynamic between Macbeth and his wife and Macbeth’s internal conflict. So, what’s the takeaway Balza is hoping for students? “I want them to understand that these ideas still matter – what lines are we willing to cross to get what we want in life, fate and free will, loyalty, the power of ambition and more.”

When asked what they are liking about Macbeth, a couple of the students said, “it’s a cool, interesting story and gives you something to think about, once you figure out the language.”

After they finish the play, the class will write an argumentative essay and participate in a Socratic seminar. And hopefully, will want to read some more Shakespeare. 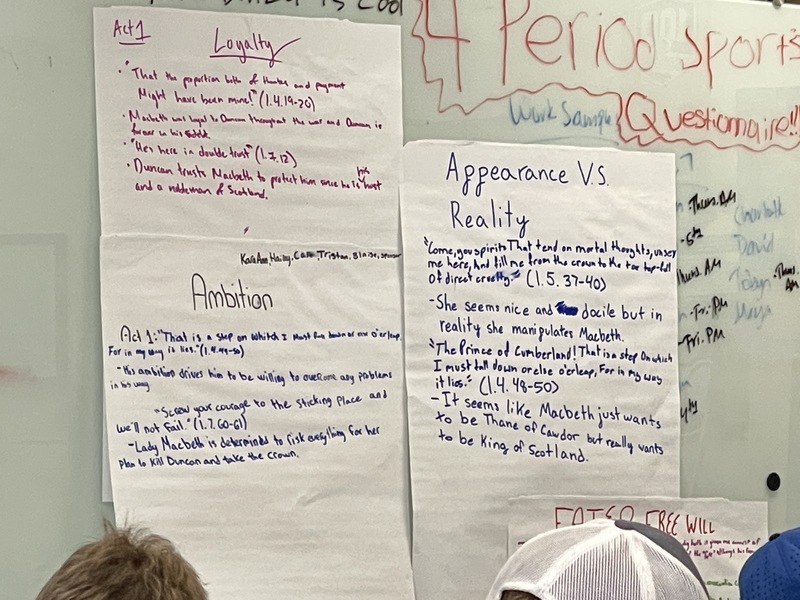